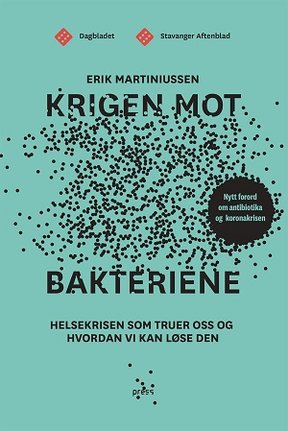 700,000 people die from antibiotic-resistant bacteria across the world every year. In the United States, resistant bacteria require three times as many human lives as HIV/AIDS.
The World Health Organization warns: Without antibiotics, medical science is going to be set back 100 years in time. Not only will we be powerless against treating infections, without antibiotics, even simple surgery becomes impossible. By year 2050, 10 million people will be at risk every year. The biggest health disaster the world has seen is right at your doorstep. Still, it is almost not talked about.

The War against Bacteria tells the story Directors of the pharmaceutical industry, hospitals and meat industry don’t want you to hear. It is a shocking tale of how the pursuit of profits has driven Big pharma to dispense antibiotics as if it were vitamins, and of how the meat industry systematically has undermined information.

NORLA Bjørn Vassnes: Brain Traps: A guide for those who do not like getting fool...
Scroll to top