It was Norway’s official submission for the Academy Award for Best Foreign Language Film at the 88th Academy Awards but failed to be nominated. The movie presents a futuristic event in Møre og Romsdalfor the Åkerneset crevasse to end in disaster; an avalanche resulting in an 80 meter tall tsunami that will destroy anything in its direction…. 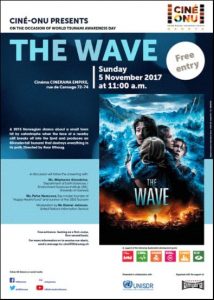