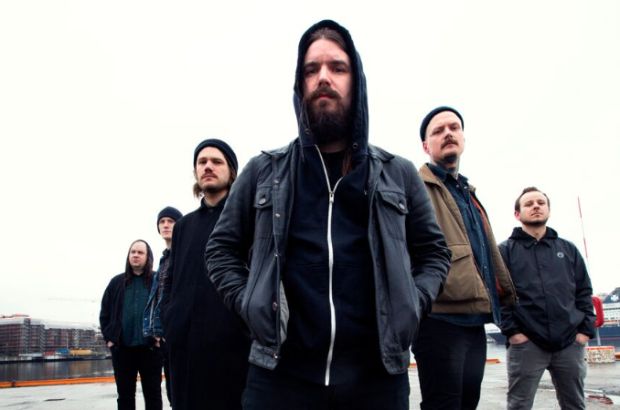 Kvelertak is Norwegian and means translated “stranglehold”. The six boys from Stavanger could not find a better name for their band. Once listened to, the combo grabs your neck and will not let you go that fast. Kvelertak’s style is extraordinary: punk rock meets black metal, rock’n’roll, hardcore and southern rock. The three fat fry guitars, who like to play happy and straight rock melodies over brutal bludgeons, join Erlend’s scratchy gripe. The good man roars in Norwegian and sings songs that translate as “blood thirst” or “night of sacrifice”.

That sounds like evil, sinister companions. The music does not work as the songs promise. Catchy, melodic, varied and direct  in a way no one has ever played metal. Maybe one should open a new genre for them: Party Metal.