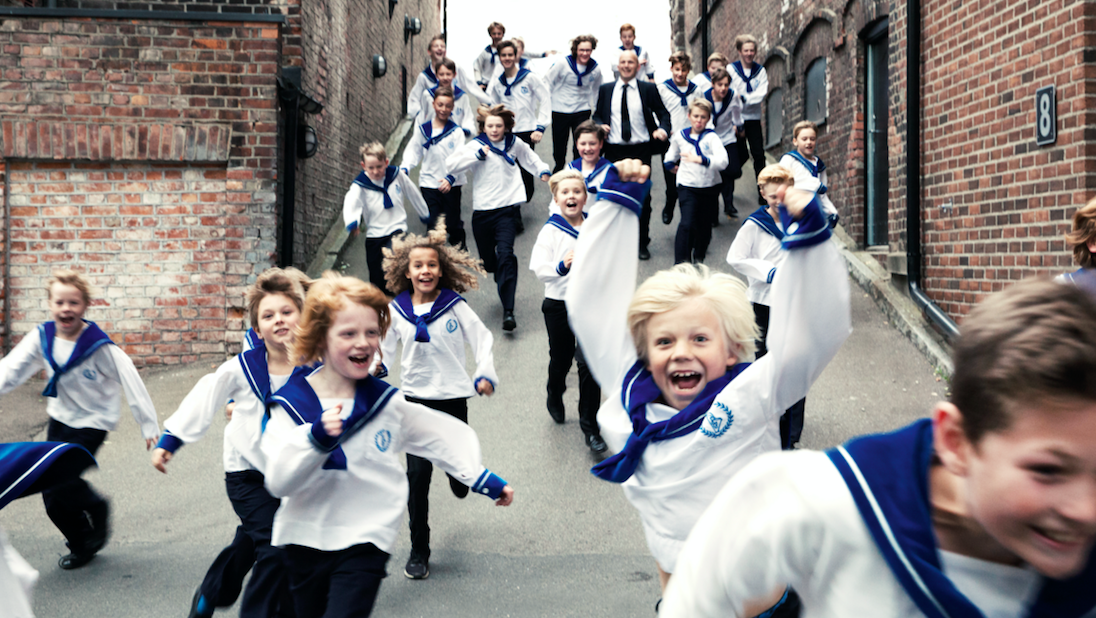 Sølvguttene – “the boys of silver” – was founded in 1940, and had their first rehearsals in the home of the conductor, Torstein Grythe. In 1951, the boys’ choir of the Norwegian Broadcasting was taken over by Grythe, and from the 1960’s the two choirs were merged into one.

Torstein Grythe held the position as the choir’s conductor in 64 years. He received great recognition for his work with the choir and was decorated with the King’s Medal of Merit and the Royal Norwegian Order of St. Olav.

In 2004, Fredrik Otterstad took over as Sølvguttene’s conductor. Otterstad has been singing in the choir as a boy himself, and studied at the University of Oslo and the Norwegian Academy of Music.

Sølvguttene has numerous tours both in Norway and abroad. During the last ten years, the choir has visited Italy, the Baltics, UK, Greece, Germany, South Africa, Turkey and USA.

Sølvguttene in Einsiedeln
Scroll to top