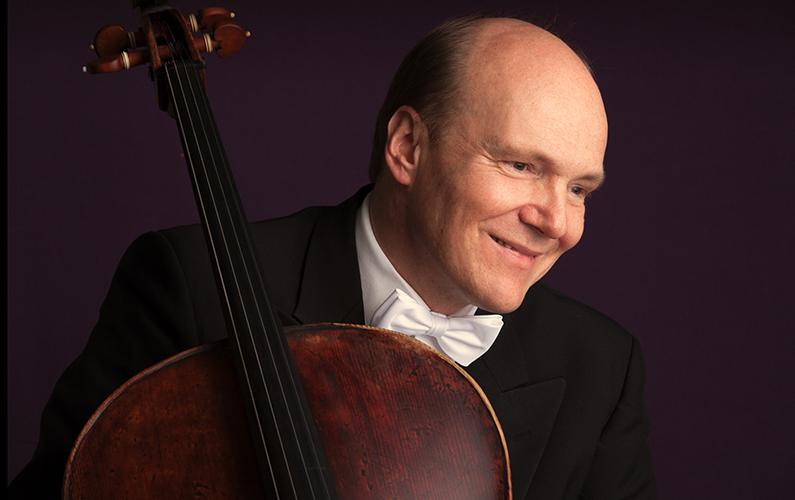 Initially taught by his father, Truls Mørk continued his studies with Frans Helmerson, Heinrich Schiff and Natalia Schakoskaya. In his early career he won a number of competitions such as the Moscow Tchaikovsky Competition (1982), the Cassado Competition in Florence (1983) and the Naumberg Competition in New York (1986). His compelling performances have established him as one of the most sought-after cellists of our time.

Truls Mørk regularly performs with the most distinguished orchestras including the Berliner and the Wiener Philharmoniker, the Royal Concertgebouw Orchestra, the London Philharmonic and the major North American orchestras. His vivid interest in contemporary music has led him to premiere several cello concertos (by Thoresen, Haas, McCabe, Pintscher, Penderecki and Hallgrímsson). He is also a keen performer of chamber music, notably with violinist Lisa Batiashvili and pianist Hélène Grimaud. His recitals have led him to perform in famous venues such as the Wigmore Hall in London, the Auditorium du Louvre in Paris and the Palais des Beaux-Arts in Brussels. The Norwegian musician has recorded numerous great cello concertos.

For over a century, the Czech Philharmonic has represented the pinnacle of Czech cultural achievement. Dvóřak himself conducted the orchestra for its debut performance on 4 January 1896 at the Rudolfinum, which is still home to its Prague concerts and houses since 2012 the Orchestral Academy for young musicians. The orchestra’s international reputation grew in the course of the past century under the direction of Václav Talich (1919-41), Rafael Kubelík (1942-48), Karel Ančerl (1950-68) and Václav Neumann (1968-90). The late Jiři Bĕlohlávek was appointed Artistic Director of the Czech Philharmonic in 2012, after having previously been its Chief Conductor in the early 1990s. The orchestra performs today in the world’s most prestigious concert halls and music festivals. It also performs with many distinguished guest conductors and is engaged in recording leading works of the Czech and worldwide musical literature. In a fitting tribute to its first conductor, the Czech Philharmonic has also made nine television programmes, each featuring a full performance of one of Dvóřak’s nine symphonies.