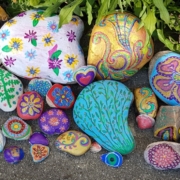 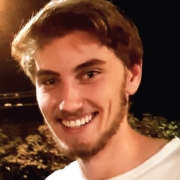 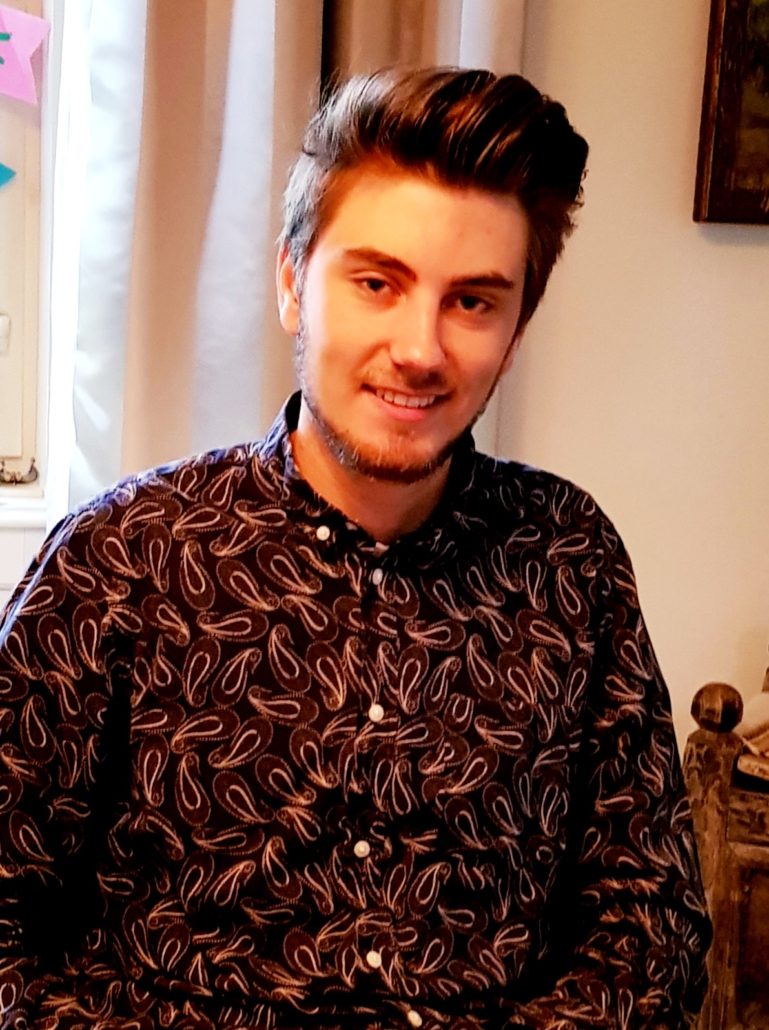 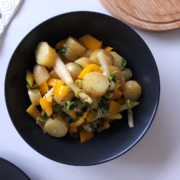 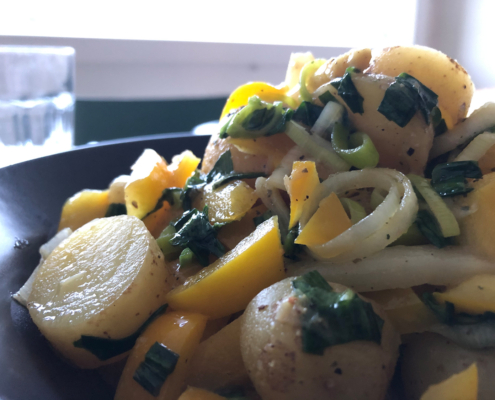 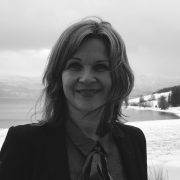 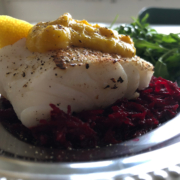 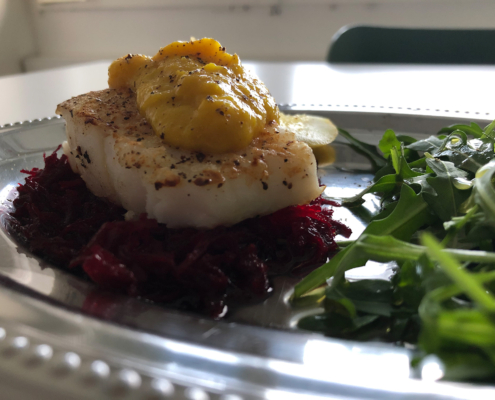 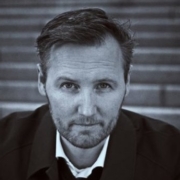 A group inspired by Norse mythology is hunting down and executing part of the financial and political elite, claiming the judicial system has failed. The murders trigger fear within the establishment and applause in social media. When one of Norway’s richest men is found executed in a closed down nursing home, Milo Cavalli joins the team of investigators. However, the origin of his family fortune in Italy also makes him a target for the group of Norse revengers. He must find them before they find him.

The main character in Asle Skredderberget’s crime novels is Milo Cavalli. Half Norwegian and half Italian he is not your typical Nordic noir investigator. In fact, he’s quite the opposite. Milo is successful, attractive, wealthy and also a catholic who regularly goes to confession. He taps into his family fortune whenever he needs to, in order to crack the case he’s working on.

Nominated for the 2020 Riverton Prize

‘If you need a real page turner this summer, I recommend Asle Skredderberget’s third book about Milo Cavalli. I certainly had trouble putting it aside. A thrilling plot from the first to the very last page and an original protagonist : catholic, wealthy and tough like a Mickey Spillane-character’

‘I’m in awe after reading this’

Asle Skredderberget (b. 1972) holds a Masters degree in Business and Finance from the Norwegian School of Economics in Bergen and the prestigious Universitá Bocconi in Milan. He has worked as a business journalist, before pursuing a career as a corporate executive. Skredderberget draws on both his journalistic and corporate experience in his writing. 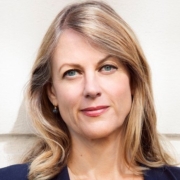 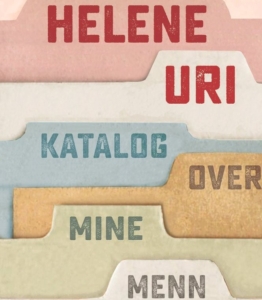 A novel about a woman with a strong will and a weak heart.

We live our lives surrounded by others. We may believe we know who we are, but will never find out how others see us and what role we play in their lives. The following facts are true about Margrete Ecker: She is 52 and still beautiful. She has a son. She has inherited an apartment and been wise enough with her money that she’s now financially independent. She has a strong will, but a weak heart: she’s going to need a new one.

But who is Margrete Ecker? My Catalogue of Men is her story told by some of the men who – with joy, sorrow, or bitterness, voluntarily or otherwise, consciously or unwittingly – have been a part of her life. What have they understood about her, and what has Margrete understood about herself and the life she lives? They have all known Margrete Ecker, but none see the same woman. 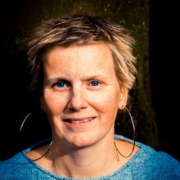 I hvilken forbindelse er du i Sveits/har du til Sveits? 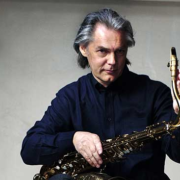 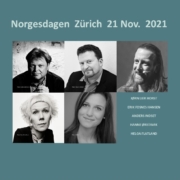 “Join us for a star-packed Sunday

Norgesklubben Sveits, in collaboration with NORLA – Norwegian Literature Abroad, are honored and grateful to present four selected authors to our Swiss, Nordic, Norwegian and international audience.

The event is themed;

The program will be officially opened by the Norwegian ambassador in Switzerland, Mr. Erik Førner.

Prior to the official program, why not start our « voyage-in-time-experience » with an exclusive guided visit of the Zürich Kunsthaus exhibition
« 100 years since modernism »

Lectures and book reviews, discussions and panel debates, all in English, will be moderated by

Hanne Ørstavik (b. 1969) made her debut with Cut in 1994, and embarked on a career that would make her one of the most remarkable and admired authors in Norwegian contemporary literature. Her literary breakthrough came three years later with the publication of Love (Kjærlighet). Since then the author has written several acclaimed and much discussed novels and received a host of literary prizes. Her latest titles in German are So wahr wie ich wirklich bin and Die Zeit, die es dauert, published by Karl Rauch Verlag. Her books have been translated into 22 languages.

Helga Flatland (b. 1984) is one of Norways most beloved young authors, and has won the hearts of readers and booksellers. Helga Flatland has a BA in Nordic languages and literature from the University of Oslo and has completed a three-year copywriter education at Westerdals School of Communication. Her literary debut was with the novel Stay If You Can. Leave If You Must (2010), which received enthusiastic reviews. For this novel she was awarded the Tarjei Vesaas’ First Book Prize, The Young Critics Award, the Aschehoug First Book Scholarship, and she was nominated for the P2-radio listeners’ novel prize.

Erik Fosnes Hansen (b. 1965) made his debut at age twenty with the novel Falketårnet. The novel was praised by critics and audience alike as a debut far beyond the ordinary. His best-known work is his second novel, Psalm at Journey’s End (1990), was received as a sensation by the press and is one of the best selling Norwegian postwar novels. A Lobster Life was published by Kiepenheuer & Witsch in 2019 and got immense reviews. His books have been translated to 36 languages.

Jørn Lier Horst (b. 1970) bestselling author from Bamle, Norway is a former senior investigating officer in the Norwegian police force. He made his literary debut as a crime writer in 2004 and is now considered one of the foremost Nordic crime writers.  He made his debut in 2004 with the crime novel Key Witness, based on a true murder story. His crime novels has been extremely successful in Europe and is characterized by political and social commentary. The William Wisting series of crime novels has been extremely successful, having sold more than 1,500,000 copies in Norway.

Anders Indset (b. 1978)  business philosopher and bestseller author of Quantenwirtschaft and Wild Knowledge
and key note speaker in international Business Conferences and Economic Forums. The native Norwegian, based out of Frankfurt, is a guest lecturer at leading international business forums and is known for his unconventional way of thinking, his provocative theses and his rocking performances. 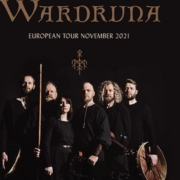 Wardruna is headlining a concert tour that will take place in exceptional venues across Europe to accompany the release of the new album “Kvitravn”. Unique date in Switzerland at the Théâtre du Léman in Geneva on November 15, 2021.

Wardruna’s new album “Kvitravn” (White Raven) continues musically where the “Runaljod” trilogy stopped, but it marks a clear evolution in the band’s sound. The album presents a wide selection of traditional and historical instruments such as Kravik lyre, Trossingen lyre, taglharpa, sotharpa, langeleik, crwth, goat-horn, lur, bronze lur, flute and moraharpa. The disc also features a small group of eminent traditional singers under the direction of Kirsten Bråten Berg, one of the most important guardians of Norwegian traditional singing. Throughout the eleven songs, Kvitravn talks about Nordic witchcraft, animal spirits, shadows, nature and animism, wisdom and the meanings of certain myths, various Scandinavian spiritual concepts and the relationship between the wise man and the songs. 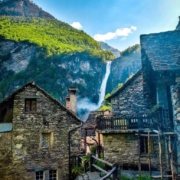 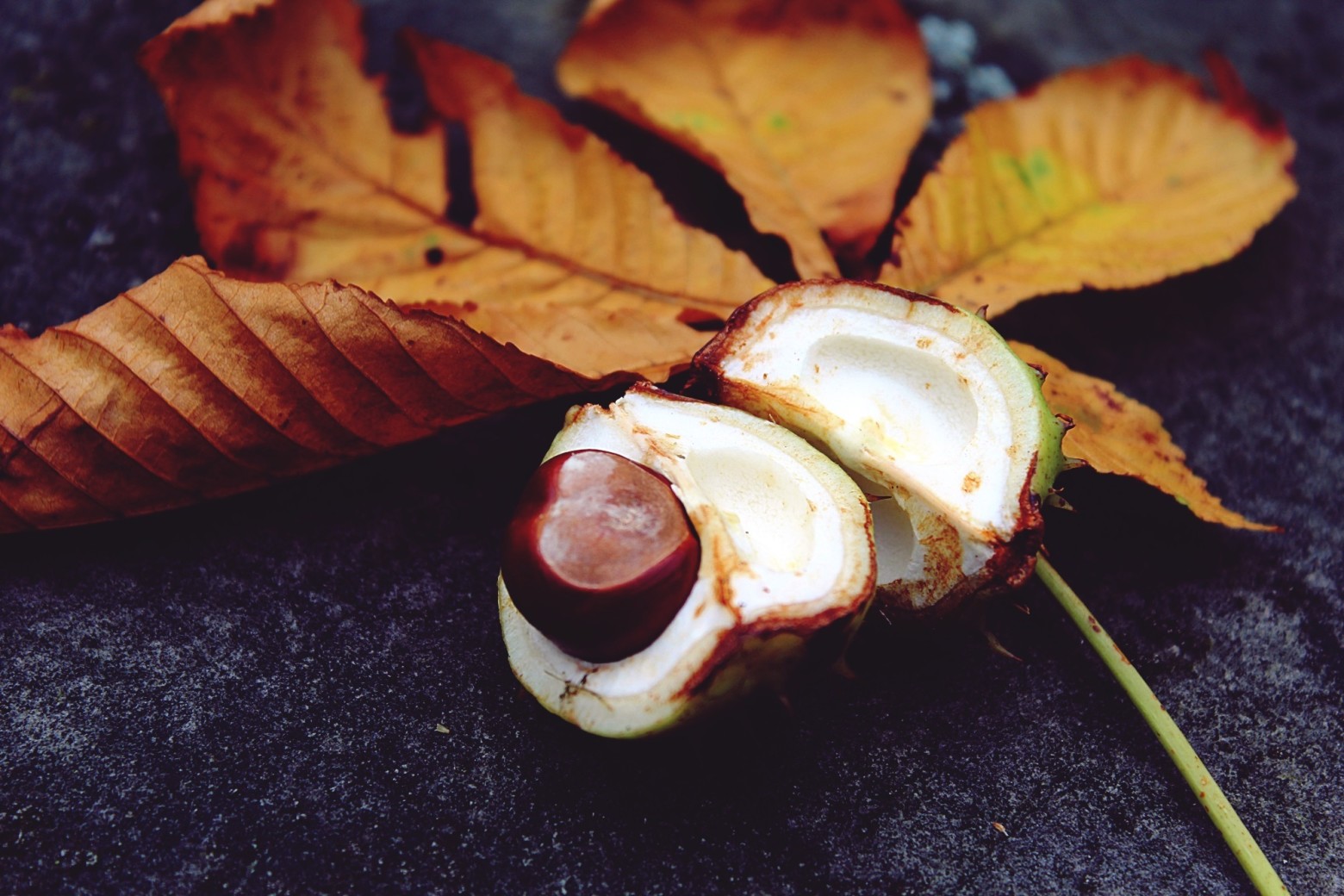 After about 40 minutes’ drive, we reach Foroglio, which is probably one of the most romantic villages in the Alps.
From Foroglio we will go for a hike into the Valle Calneggia. The walk is about 4 km long and has a height difference of 180 meters up and 180 meters down back to Foroglio. Good footwear is recommended! If someone does not want to hike up to the Valle Calneggia, Foroglio has a cozy Grotto-Restaurant where it’s beautiful to enjoy the view of the waterfall.

10.00 If the weather is nice, we will take the cable car up to the local mountain Cardada-Cimetta and visit the Sanctuary Madonna del Sasso CHF 42.- (bus + cable car).  The view from Cardada-Cimetta is unbeatable.

10.00 However, if the weather is cloudy or rainy, we will attend a traditional Japanese tea ceremony and visit the only tea plantation in Europe CHF 42.- (bus + ceremony).

Participation without a hotel room, all program included: 179.- pr. pers.

Welcome to join us for an unforgettable weekend in Tichino !

SEND YOUR RESERVATION TO: 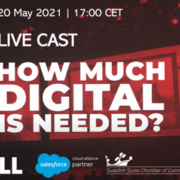 LIVE CAST EVENT: HOW MUCH “DIGITAL” IS NEEDED? BUILDING SUSTAINABLE BUSINESS RELATIONSHIPS BY LEVERAGING OPPORTUNITIES IN A CONTEXT OF CRISIS.

The Swedish Swiss Chamber of Commerce in collaboration with Nexell have the pleasure of inviting you to a unique live cast on the topic; how much “digital” is needed, taking place on 20 May 2021.

The year 2020 was challenging for every business as well as nonprofit organizations in many ways. The economy forced organizations to adapt one day to the next.

Digitalization has moved into the focus of today’s businesses even more. Home office and remote work capabilities became the default way to keep the businesses running. Access to real-time information and customer data through updated and connected digital systems have to be guaranteed in order to work efficiently and to be successful, in the long run.

Have you considered how your organization is facing this “new normal” as well as taking on these technologies and unavoidable digital developments and challenges?

Join us for an evening of live, virtual discussions and business use cases, on how companies and organizations did react or adapted to this unexpected situation – what worked well and what could have worked better.

Finally, we will be sharing best practices and key factors for a successful 2021.

Please note that this event is offered free of charge for all participants. Instead, we hope for your voluntary contribution to a great cause by as any people as possible – the CORONA Solidarity Fund of the USZ Foundation as a key and topical initiative in these trying times. 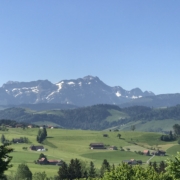 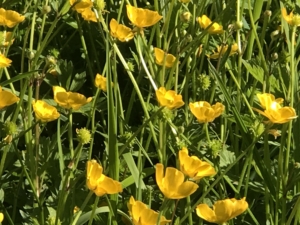 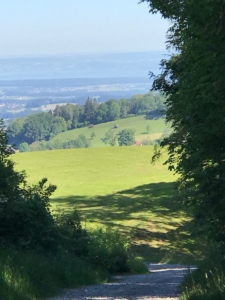